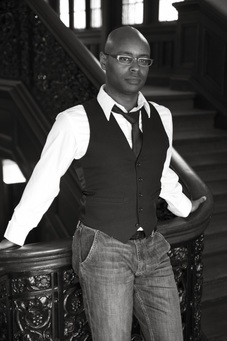 Damon has been dancing his entire life, starting with vernacular Jazz/Blues first taught to him at the tender age of six by his grandmother. After nearly a decade of learning at the heels of his elders, he went on and eventually studied a score of different dance forms until coming full circle in 1995 to focus primarily on the history and styles of Swing and Blues as his family danced them with a special focus on the Southern styles from the Mississippi Delta region. He has studied the development of vernacular Jazz/Blues dance across the United States learning from a number of the original dancers.

He is largely regarded as one of the foremost authorities on Blues idiom dance, a long time board member of the Northern California Lindy Society, former member of the California Historical Jazz Dance Foundation, and has been interviewed as a dance historian in documentary and for radio. Damon has been a featured instructor at camps, festivals, and workshops across five continents.

Julie’s expressive dancing and joyful, playful connection are known throughout the blues dancing world. With a background in theatre, improv comedy, and solo dance, she is best known for her solo movement, artistic choreography, and killer follower expression.

As a teacher,  Julie is clear, thoughtful, and varying degrees of goofy. From in-depth analyses of arm movement, to beginner-friendly intros to lead-follow conversation, Julie carefully crafts her classes and continuously tailors her material to fit the crowd at hand. Julie has taught blues in San Francisco, Seoul, Austin, Boston, London, Chicago, Zurich, and many places in between. She also teaches regularly in her home-base of Boston. For dance videos, pictures, and more info, check out https://dancewithjulie.wordpress.com. 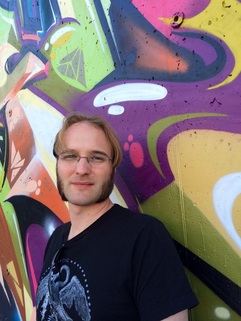 Nick teaches and dances blues as a vernacular style with historical context peppered throughout and a sizable side of humor.  His classes tend to revolve around authentic blues elements including musicality, improvisation, connection, solo movements, and conversational dance.  Nick enjoys competing at blues events to keep his skills sharp; his recent successes include 1st place in the J&J competition at Nocturne Blues 2014 (NYC, NY) and the Strictly competitions at Mile High Blues 2015 (Denver, CO) and Northstar Blues 2015 (Minneapolis-St Paul, MN), 2nd place in the Strictly competitions at European Blues Invasion 2014 (London, UK) and Bluesquake 2015 (Oakland, CA),  and 3rd place at the All Star JnJ at Snowbound Blues 2015 (Rochester, NY). 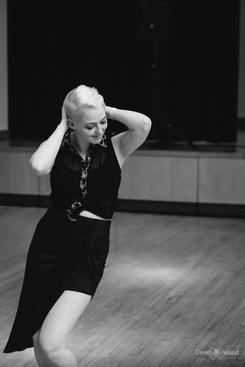 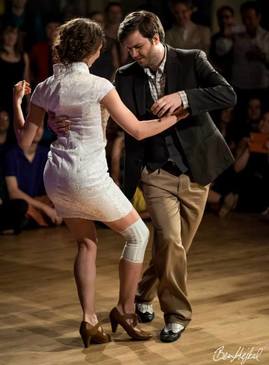 Ross Blythe
Chicago, IL
​
Ross Blythe, a Chicagoan, has immersed himself in both the Lindy Hop, Blues, and Balboa scenes. He is a dancer of coming from movement backgrounds in martial arts and sport fencing in college. Ross ended up having his first swing dance lesson at a party in 2009. He was quickly drawn to blues idiom dances for the emphasis on expression and communication between the dancers and the music-music that spans a wide range of tempos and styles. Ross delights in Struttin’ in particular and is excited to be a part of the first all Struttin’ workshop with Lonestar Strut.

When not traveling to learn, compete, or DJ, Ross can be found in and around Chicago as a DJ and instructor for events such as the Fizz, 50Fifty, Bluetopia, and Chicago Balboa Underground. 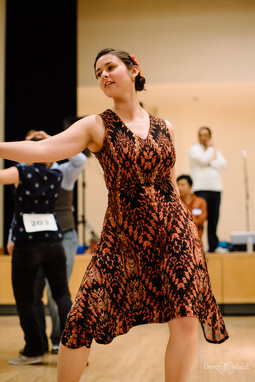 Laura Chieko loves to dance, even more than she loves shoes.  Since 2006, Laura has trained in Lindy hop, balboa, and blues, and dabbled in a myriad of other dance styles where she is known for her grace, enchanting performance, and effortless following.  A former musician, she has intricate musicality and opinions on how clarinets should sound.  Laura loves blues for its emphasis on connection and the rich diversity in both its music and dances which she seeks to celebrate on and off the dance floor.  On that dance floor, she is best known for her poise, playfulness, and ability to rock the color orange.

An educator in dance halls and traditional classrooms, Laura is known for her clear explanations, student engagement, and captivating exploration of tiny details.  She pulls from her wide cross training to create classes accessible to a wide range of students.

Our Bands - All Local Legends! 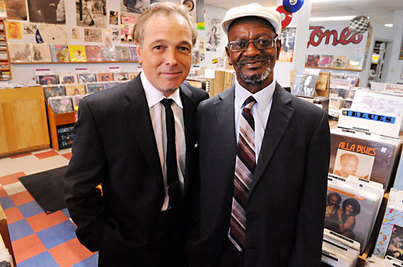 The Eastside Kings, formerly known as Eddie and the Evereadys, are a local favorite among dancers, led by Eddie Stout. Eddie is also the founder of Dialtone Records, a local record label he runs out of his home in South Austin.

"Dialtone is predominantly a blues label, one that traffics largely but by no means exclusively in older African American musicians, a fair number of whom remember fondly playing the chitlin circuit, country roadhouses or East Austin clubs well before integration. It's a niche within a niche, but Dialtone's artists are contemporary connections to — and sometimes former bandmates of — other Texas blues icons such as Lightnin' Hopkins and Blind Willie Johnson." (Austin360)

Eddie also founded Austin's Eastside Kings Festival in 2013 as a way to celebrate some of the best living blues musicians and drive interest in the blues. This year (2016) the festival will take place September 11th.

However, when Eddie's talents go beyond recording and promoting local musicians and events. He's also a talented bass player and band leader. We're very excited to bring Eddie and the Eastside Kings to Lonestar, along with our special guest star of the evening: Gene “Birdlegg” Pittman. 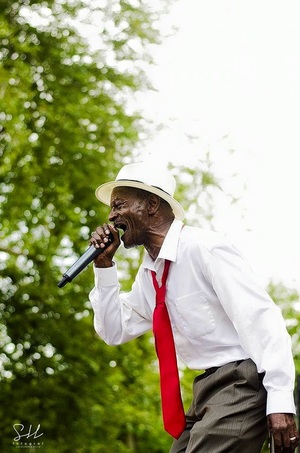 While practically every other blues harmonica player of his generation fell under the spell of Little Walter, Birdlegg is, and always was, different. Instead, he was captivated by the generation beforeJacobs—the one which inspired the virtuoso to completely redefine postwar blues harmonica in the early 1950s. Harking back to a style reminiscent of two of the greatest early postwar and country blues harmonica players, Sonny Boy Williamson (Rice Miller) and Sonny Terry, Birdlegg’s expressive, full-tilt playing and singing also brings a fresh and distinctive approach to traditional, gut-bucket blues—something which has become all too rare these days.

Born in Harrisburg, Pennsylvania, in 1947, Gene “Birdlegg” Pittman grew up listening to his Georgia-born grandfather, who was a professional touring musician himself, play country and Delta blues on his National steel guitar. While in his twenties Birdlegg started picking up the harmonica, learning every Sonny Terry lick he could wrap his ears around. After a brief stint in college and a few restless years hitchhiking across the country looking for answers that he couldn’t find in school, he bought himself a one-way bus ticket and hopped a Greyhound to California determined to make it as a musician, landing in Oakland in the mid-1970s.

A natural performer with boundless energy and enthusiasm, Birdlegg quickly befriended and began performing with some of the best bluesmen in the area like Sonny Rhodes, Massala Talbert, Haskell “Cool Papa” Sadler and Mississippi Johnny Waters. After several years of gigging as a sideman throughout the Bay Area and encouraged by some of his mentors to branch out on his own, he formed his own group, Birdlegg and the Tight Fit Blues Band, in 1980. His popularity also eventually led to several tours in Europe. As self-confident and assured as ever, his band became one of the hottest around the area for many years as he realized his dream of making a living playing music. As he liked to tell people, “I don’t do floors, windows or shoes—I play the Oakland blues!”

He made his first record in 1990 which was issued on 45 RPM on his own Tight Fit label, and then followed with a short-run cassette before releasing Meet Me on the Corner more than a decade later. But the excesses of a musician’s life eventually began taking its toll and after 35 years of ups and downs on the Oakland scene, Birdlegg decided to make a major move and start over in Austin, Texas, where he reunited with his ex-wife who he hadn’t seen in decades. His transition was seamless and he started gigging regularly around Austin in a matter of weeks, quickly becoming one of the most exciting and active bluesmen there in recent memory.

The claim “hardest working man in show business” has become somewhat overwrought since its originator passed away on Christmas Day several years ago. But if anyone in the blues business today is truly qualified to live up to the high standards set by the master of funk James Brown himself, it certainly is Birdlegg. From the moment he hits the stage to the very last song of the night which characteristically ends with Birdlegg soaked to the bone with sweat and five pounds lighter than when he started, the energy level doesn’t let up for a second. 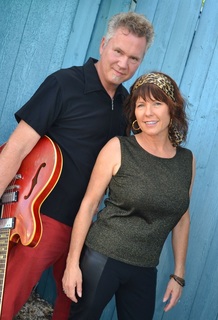 Saturday - Kathy and the Kilowatts
Kathy Murray needs no introduction to Texas’ musical faithful.  Murray developed her vision of the blues in the formative days of the Austin music scene, jamming with luminaries like Stevie Ray Vaughan, W.C. Clark, and members of the Fabulous Thunderbirds.  A blues singer and songwriter par excellence, she burst on the Austin music scene with her band Kathy Murray and the Kilowatts, wowing audiences with a tremendous live show, and sharing the stage with everyone from Marcia Ball to Koko Taylor.

2016 has been proving very exciting for the band, including a successful 4-week tour of Australia and the recording of 12 Murray originals for an upcoming new CD project titled “Let’s Do This Thing”.  Murray has won the Australian Blues Association’s ‘Chain Award” for Australian Song of the Year with her original song, “Call Me Mrs. Blues”.  Kathy Murray & the Kilowatts synergistically combine their talents into a one-of-a-kind Texas roots music experience. ​ 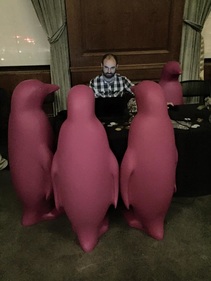 There are times he has been seen stalking across the MIT campus, his mutterings circling back and again to rhythm, to structure, to any element he can use to link his obsession back to his shivering reality. He has heard the world and the smallest bit of what it offers. His search for more, for anything else he was able to gather in his flashbulb glimpse has brought him to lead others. Those who follow him through the murky streets of Boston seek to glean whatever ghostly tones he will drop in his wake like hard candy: enough to keep them near, never enough to satisfy or surpass... 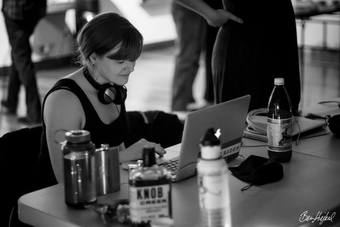 As is often the case in small scenes, Laney started DJing out of necessity – somebody had to play some music! Since then, she has come to greatly enjoy the process of acquiring, vetting, and playing music for blues dancers. She loves playing a wide variety of styles, from sweet jazz-blues to gritty juke joint tunes to soul-influenced ballads, and she has a soft spot for any song that brings the party. She has DJed extensively in her home scene of Minneapolis, as well as at 50Fifty and Bluetopia in Chicago.